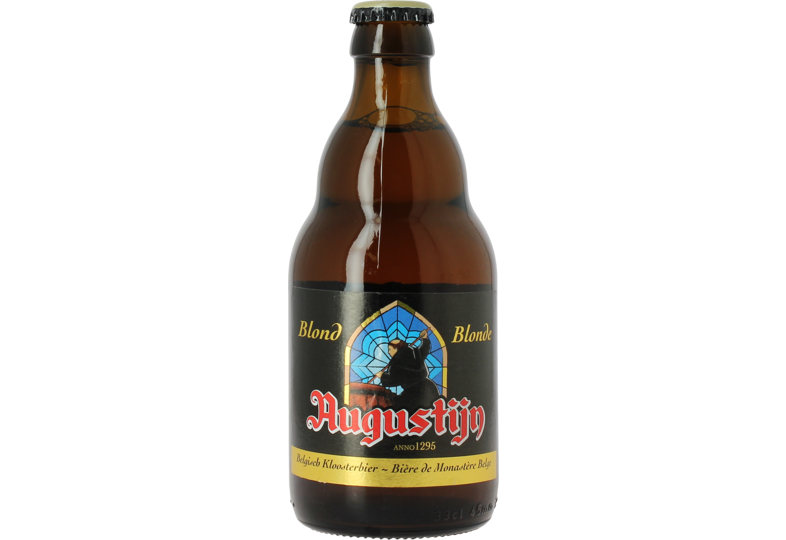 Fall for this Augustijn Blonde, a beer you can enjoy anywhere, any time!

A Belgian Abbey Beer brewed since 1925, Augustijn Blonde was originally brewed in the Monastère des Pères Augustins in the city of Ghent.
Nowadays it’s produced by the Van Steenberge brewery, brewers of the famous Gulden Draak amongst others, but Augustijn still draws upon its monastic past to bring you the best authentic flavours of the Belgian Abbey beers.

A bottle conditioned blonde beer, Augustijn Blonde has a slightly amber colour with a white head. The head gives off herbaceous and fruity aromas of hops. A light fragrance suggestive of yeast is also perceptible on the nose.

There are quite hoppy flavours on the palate, with very noticeable fruity and herbaceous notes that then make way for a vanilla-scented note of malt. A delicious bitterness emerges on the finish, a reminder of the presence of hops. The alcohol is perceptible but not excessive.