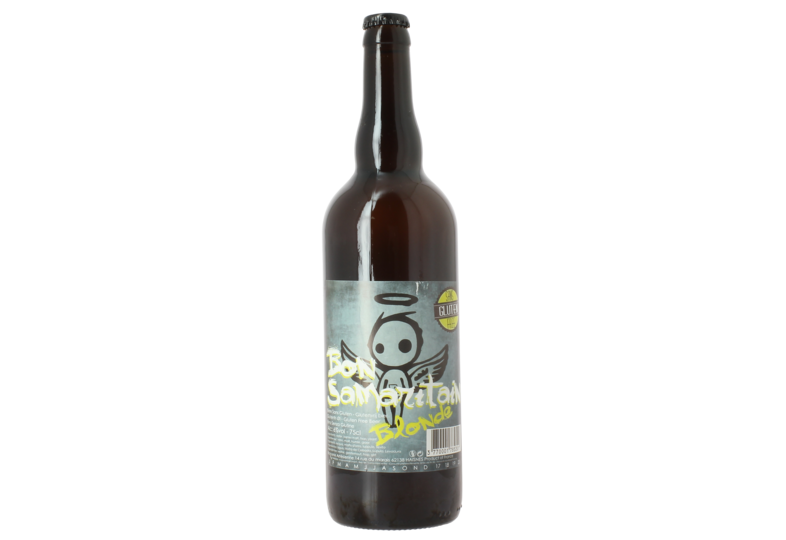 In this Bon Samaritain, fans of French beers who have gluten intolerance have finally found a protector of their health and a guardian of their little guilty secret! …

Forget all the gluten-free beers you’ve tasted up to now, and try the newcomer to the Artesienne brewery’s range! Bon Samaritain is actually brewed with the classic ingredients used to produce beer, including barley malt which has a high gluten content! However, it is then “deglutenised” in a process monitored by an independent laboratory at the brewery, in order to achieve an undetectable level (below 2.5 ppm) for those with an intolerance of this protein!

And all that, without altering its taste qualities! As a result, it is the first French gluten-free beer that can claim to be a beer first and a gluten-free product second! The result of over two years of R&D, Bon Samaritain is a Bière de Garde, pouring a pale blonde colour, relatively cloudy and capped with a very airy head that does not last. The head releases a pleasant, fruity bouquet of aromas with a slight tartness, particularly evocative of lemon and cereals.

On the palate the flavours become light and sugary. Bon Samaritain develops a mellow body that conceals a bitterness whose presence becomes more and more pronounced during the tasting experience. The alcohol also makes its presence felt more and more as the beer warms in the glass.

This blonde beer goes well with all the regional dishes of Nord-Pas-de-Calais, and can also be served as an aperif.

Languages
Our other sites

HOPT, the Number 1 Craft Beer webstore. Check out our wide selection of Craft Beer, brew kits, beer kits, gift selections and other beer related products. We're proud to offeer you a great selection of over 1300 Craft Beers from around the world.
WHAT PEOPLE ARESAYING ABOUT US