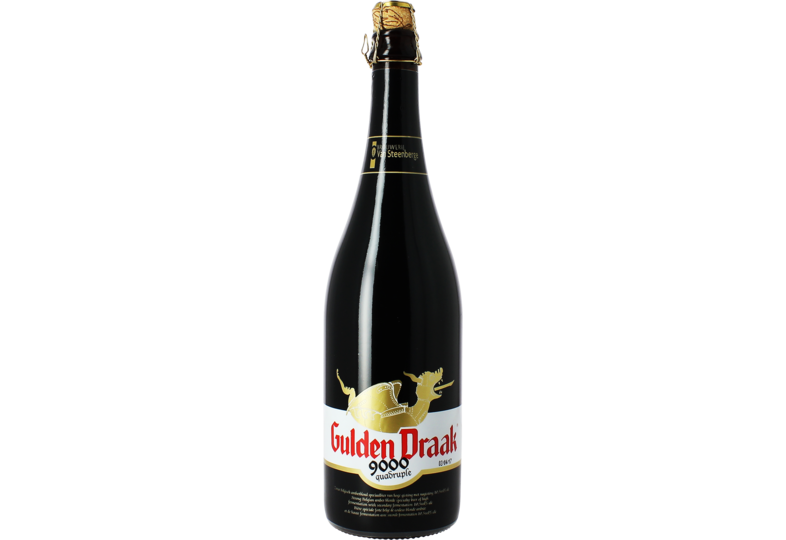 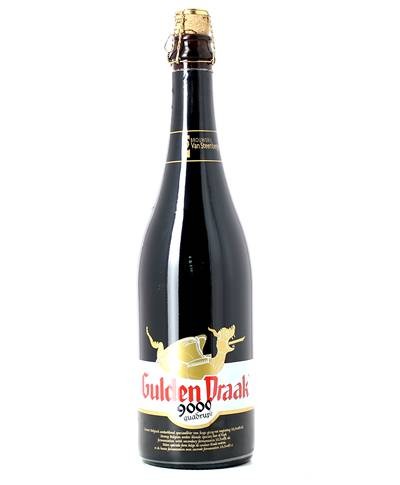 Gulden Draak 9000 Quadruple: Bold and generous, do you dare to try it?

Legend has it that Gulden Draakis so called in tribute to the gilded statue that sits atop the belfry of Ghent. And so, after 25 years of success with the first version of Gulden Draak, in 2011 the Van Steenberge Brewery decided to brew Gulden Draak 9000 Quadruple. This quadruple version made from three different malts added in large quantities along with wine yeast, will not fail to delight anyone who likes strong sensations.

This bold Belgian beer is amber- hued with golden glints. The magnificent head is smooth and long lasting. On the nose slightly fruity aromas mingle with consistently malty notes. As often happens with this type of beer the attack in the mouth is heavily malted. Then come the wonderful notes of ripe fruit and a delicate, sweet flavour. Alcohol is also present in the aftertaste.

This Gulden Draak 9000 reaches its full potential when poured into its superb Gulden Draak 33cl glass, which enables it to release all its power and its aromas.