Summer sales: Take advantage of up to 60% off on a selection of products! 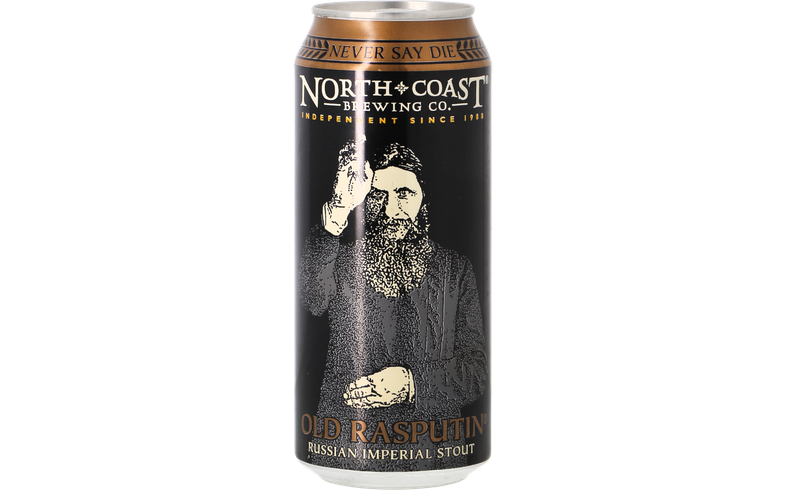 Old Rasputin is an Imperial Russian Stout brewed in the USA by North Coast Brewing Company. This internationally acclaimed beer has won numerous prizes, including the World Beer Championships in Chicago (2004-6, 2014), Stockholm Beer and Whisky Festival (2016, 2012), and a host of others. This many prizes are testament to the sheer quality of Old Rasputin.

The nose is charged with black chocolate and coffee aromas as well as toasted and caramel notes.

The taste begins softly before giving way to a complex mix of chocolate, coffee and liquorice flavours. The experience peaks with a cascade of toasted malt, bitter chocolate and fresh-roasted coffee bean notes, all nicely balanced against a hoppy backdrop.

A truly world-class stout that is sure to delight Imperial Stout lovers!