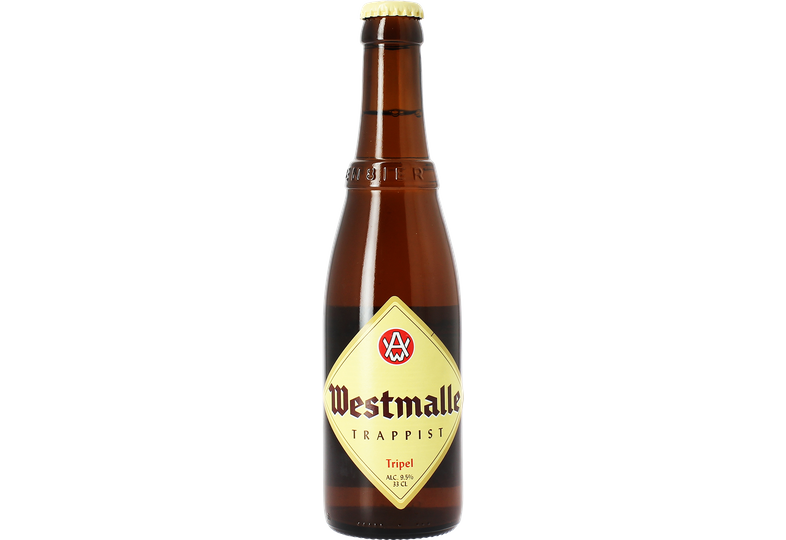 One of the few Belgian Trappists. An exceptional beer with an incredible complexity of tastes!

Open yourself to what is probably one of the most complex trappist beers: The Westmalle Triple! Brewed under the control of the trappist monks from the Abbaye Notre Dame du Sacré Coeur since 1934, this beer, sometimes called “Mother of all trappist beers” has many things to say in its bottle.

This Belgian beer is indeed one of the first beers brewed under the name of ”Triple beer” and is the result of a rigorous selection of ingredients composing the recipe. Many hops are involved in order to flavour the whole and give it that bitterness that features this exceptional beer.

Moreover, the yeast used is the same since 1956 and has a great influence on the complexity of the flavours and taste of the trappist beer. Poured in an intense golden blond, this beer unveils from the beginning its white creamy and generous head which leaves a great deal of lacing.

It releases complex aromas of fruits, hops and yeast along with notes reminiscent of orange and citrus fruits. The entrance in the mouth is as complex and features a silky body displaying a pleasant texture. One discovers hardly recognizable fruity flavours along with hints of alcohol and a powerful bitterness, very floral, that takes effect and remains in the mouth after the tasting.