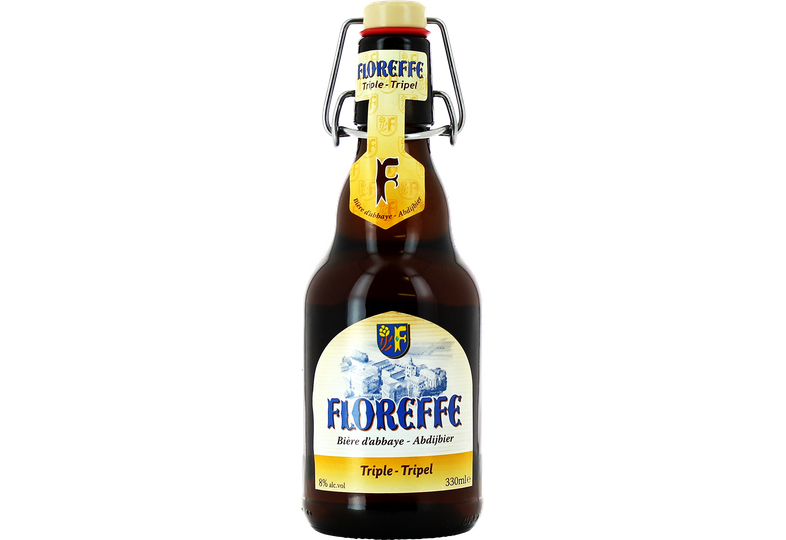 A Belgian Abbey Beer with notes of caramel that bring out its malty character!

Floreffe Triple is a Belgian beer that is not well known in France, but that has several trump cards up its sleeve. Floreffe Triple is in fact one of the very few Belgian beers that can be officially classed as "Abbey Beers", guaranteeing that it really is produced by a brewery with a partnership agreement to take over the beer production of a Belgian Abbey under the aegis of the monks of this abbey.

Floreffe Abbey was founded in 1121 and brewed beer from the 14th century to the early 18th century. Lefebvre brewery now continues this tradition, brewing Floreffe Triple on behalf of Floreffe Abbey.

Prior to bottling, Floreffe Triple is a natural, unfiltered beer, and it is then bottle conditioned to allow its flavours to be refined over time.

It pours dark orange in the glass, with a deep head.

On the nose, Floreffe Triple delivers aromas of malt and yeast that are evocative of citrus fruits, caramel and spices.

The palate develops flavours relatively similar to the bouquet on the nose. Our first impression is of a sugary beer dominated by the roundness of the malts, while the yeast and its spicy notes assert themselves and add piquancy to the character of this Triple. A slight bitterness arrives on the finish to round off our tasting of this Floreffe Triple.